Click on each image to view a full bio. 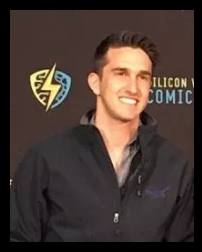 Dr. Dean Bergman's expertise includes interplanetary sample collection and delivery, structural mechanics and analog testing. He is currently the director of business development at Honeybee Robotics in Pasadena, CA. He previously was the risk manager in the flight project office for the Resource Prospector mission at NASA Ames Research Center. He completed a postdoctoral fellowship at NASA Ames where he researched diagnostic methods for autonomously detecting faults in interplanetary drilling missions. He obtained a PhD in Aerospace Engineering from the University of Southern California where he focused on modelling of novel deployable space structures. His undergrad was in Mechanical Engineering from the University of Cape Town. 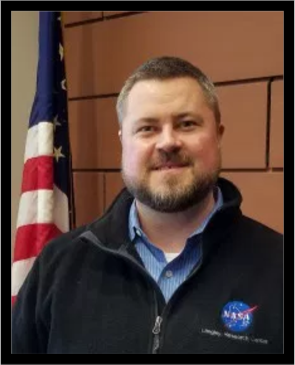 Benjamin Galke works in the Center Operations Directorate at Langley Research Center as the Deputy Chief Engineer, Senior Safety Engineer, and Standard Practice Engineer for Facility Automation Systems. Prior to this assignment, Ben worked as a controls engineer specializing in process control and automation in the consumer products manufacturing and food and beverage industries, as a NASA contractor, and as a NASA Civil Servant. As a NASA Civil Servant, he also worked as a Senior Project Manager managing large ground systems projects in various wind tunnels, ground test facilities, and the LaRC high pressure air generating facility. Ben has experience designing, constructing, operating, upgrading, and maintaining industrial systems in both private and public sectors, ground test facilities automation at NASA, prototype design and development, software development, systems design, and project management. He obtained a bachelor of science in Electrical Engineering from the University of Missouri-Rolla in 2002. 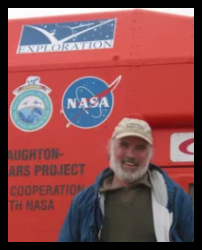 During his career Dr. Hoffman has participated in the design and implementation of field tests of candidate systems and operations for future human exploration of the Moon and Mars. He has carried out these tests in a variety of analog environments, including: five personal deployments and support for four other deployments to locations in the Arctic (Devon Island, Elsmere Island, and Greenland); three deployments with NASA’s Desert RATS program in the U.S. desert southwest (Silver Lake, CA and Meteor Crater, AZ); part of the team that initiated and facilitated the NASA-NSF-ILC/Dover year-long field test of an inflatable habitat in the Antarctic (McMurdo Station). He is currently the lead for an international group, the Analogue Action Team (AAT), which supports the International Space Exploration Coordination Group (ISECG). In this position he has lead the development of the analogues portion of ISECG’s Global Exploration Roadmap (GER). 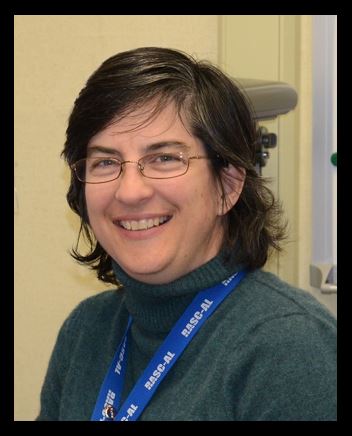 Sharon Jefferies is an aerospace engineer in the Space Mission Analysis Branch at NASA Langley Research Center. She is currently the Deputy for Cross-Program Integration for the Gateway Systems Engineering and Integration activity. Previously, she led architecture integration for the NASA Evolvable Mars Campaign. She graduated in 1995 from the U.S. Military Academy with a B.S. in Mechanical Engineering. After serving in the Army, she joined NASA in 2006 where she has been performing campaign, architecture, and systems concept development and analysis for lunar, NEA, and Mars mission studies. In addition to her broader integration work, she has had a particular focus on development and incorporation of mobility and robotics systems into human exploration architectures, including mission analog testing through NASA Desert Research and Technology Studies. 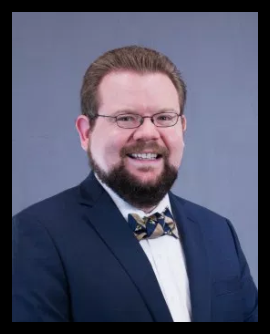 Dr. Christopher Jones works in the Space Mission Analysis Branch at NASA’s Langley Research Center in Hampton, VA. His current work includes the design of a Value Framework for articulating benefits, costs, and risks for Earth Science observing systems, evaluation of the architectural trades of using lunar resources for human missions on the Moon and to Mars, and technology assessments in support of the Space Technology Mission Directorate. His previous work includes leading development of a Venus atmospheric exploration concept, performing trajectory analysis in support of future NASA missions, and modeling in-situ resource utilization architectures for the Moon and Mars. He obtained his Masters and Ph.D. in aerospace engineering from Georgia Tech in 2009 and 2016, respectively, and his Bachelors in mechanical engineering from the University of South Carolina in 2007. 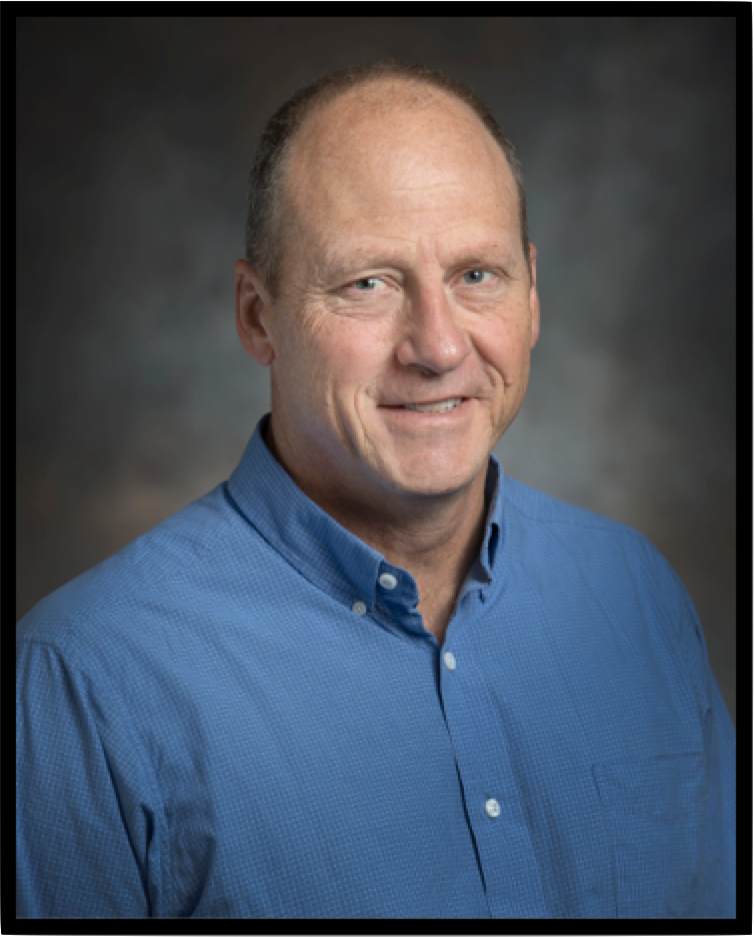 Kevin Kempton is currently a Program Element Manager in NASA’s Game Changing Development (GCD) Program and also a challenge coordinator for the Prizes and Challenges Program. He recently led the development of the Mars Ice Home habitat design study through the Center Innovation Fund and is now leading a concept study for a mobile lunar gantry. Mr. Kempton was also the PI for a study called PHLOTE (Phobos L1 Operational Tether Experiment) through the NASA Innovative Advanced Concepts Program. Previously, Mr. Kempton was the project manager for the Autonomous Landing and Hazard Avoidance Technology (ALHAT) Sensor Development at Langley where he planned and supported the integration and flight test campaigns that led up to the successful flight test of the ALHAT system on the Morpheus vehicle at KSC. Before ALHAT, Mr. Kempton was the Lead Systems Engineer for the CLARREO Climate Mission Development. He also served as the Lead Systems Engineer and Verification Manager for the Ares I-X Demonstration Flight Test and was awarded the NASA Exceptional Achievement Award as well as the Space Flight Awareness Award for leadership and innovations in systems engineering. When time allows, Mr. Kempton enjoys woodworking, carving, building RC airplanes and crafting new things from unusual materials. 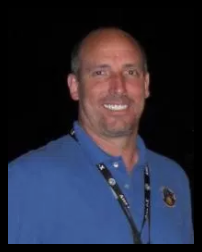 Dr. Robert "Bob" Moses joined NASA in 1989 and immediately contributed to flight test teams developing hardware for shuttle missions. In 1991, participated in the launch of his first hardware mission onboard Atlantis, STS-37. Following this successful launch, entered a NASA-sponsored graduate program until 1997. Up to 2003, participated in a multi-national aeronautics program to solve and control unsteady aerodynamics on twin-tail fighters, resulting in the redesign of the F-22 and the Joint Strike Fighter. Also, during this timeframe, he created a new entry descent and landing technology called Regenerative Aerobraking to recapture some of the energy lost during aerobraking at Mars. In 2004, he joined the Exploration Engineering Branch at LaRC and won several Agency-level bid proposal opportunities under the Exploration Mission Directorate for “In-Space Assembly of Modular Structures” and “Inflatable Decelerators for Return from the Moon”. Shortly thereafter, the Constellation Program was born where he joined the Constellation Program Flight Test Office based at Johnson Space Center to co-lead the development of the Integrated Flight Test Strategy that created the flight demonstration manifest aimed at retiring risk prior to docking a human-rated Orion with the ISS. After Constellation, Robert remained in the Exploration Engineering Branch that became the Atmospheric Flight and Entry Systems Branch where he mentors students among several internship programs including NASA Space Technology Research Fellowships Program and leads technology development for crewed missions to Mars. Robert worked on an advanced technology project to explore a new energy theory, and to develop radiation protection devices for the in-space habitat under the Radworks Program led by Johnson Space Center. Early in 2014, Robert joined a small Blue Sky study team to derive a strategy for using In-Situ Resource Utilization and a reusable lander called Hercules to enable crewed missions to Mars by the 2030s. AIAA 2015 4479 and AIAA 2017 5288 illustrate some details of this work.

In January 2017, Robert was the invited guest on Footsteps to Mars Hangout to talk about “Before the First Bootprints on Mars: Some Critical Steps Before Sending Any Astronauts”. In March 2017, the BBC aired an interview with Robert about humans on Mars called “We are the Martians”. He also served as NIA Langley Professor Program Content Leader for Human Spaceflight Beyond LEO during Professor Wilhite’s last few years at GA Tech.

Robert has been mentoring several students at Florida Institute Technology while also working with the Buzz Aldrin Space Institute (BASI) to explore cycling pathways for Earth-Moon and Earth-Mars that sustain human presence. 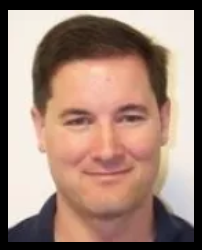 Dr. Keith Nicewarner has been working at SpaceX for over nine years and is the simulation systems manager and the lead for Mars surface robotics. Most of his career was in autonomy or robotics, including in-space autonomous assembly of truss structures, an autorouter for low-observable aircraft, autonomous micro air vehicles, mobile ground robots for the military, a robotic astronaut assistant for the space station, and an intelligent micro-satellite. He has a BSEE from Louisiana Tech University and a PhD in Computer and Systems Engineering from Rensselaer Polytechnic Institute. His specialties are software engineering, path planning, control systems, sensor fusion, and vision processing. Key areas of interest involve robotic Mars surface ops, including ice mining, equipment placement, surface prep, and maintenance. 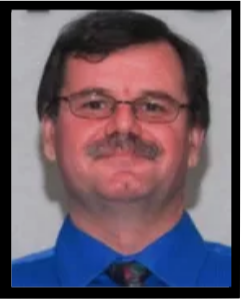 Gerald Sanders has worked at the NASA Johnson Space Center full time for over 32 years in the Propulsion and Power Division of the Engineering Directorate, and has extensive experience in propulsion, fluid systems, and In Situ Resource Utilization (ISRU). Mr. Sanders currently serves as the ISRU System Capability Leadership Team (SCLT) Lead in the Human Exploration and Operations Mission Directorate (HEOMD) and Co-Investigator for Human Mission Extensibility for the Mars OXygen Isru Experiment (MOXIE) for the Mars 2020 rover. As the ISRU SCLT, he serves as the technical steward for the Agency on ISRU system-level capabilities that span multiple Mission Directorates and Centers, leads roadmap activities to inform mission planning work and investment strategies, and serves as Agency-wide resource to help NASA missions leverage technologies, facilities, and workforce unique to the capability. He received his B.S. degree in Aerospace Engineering from the University of Cincinnati in 1987. 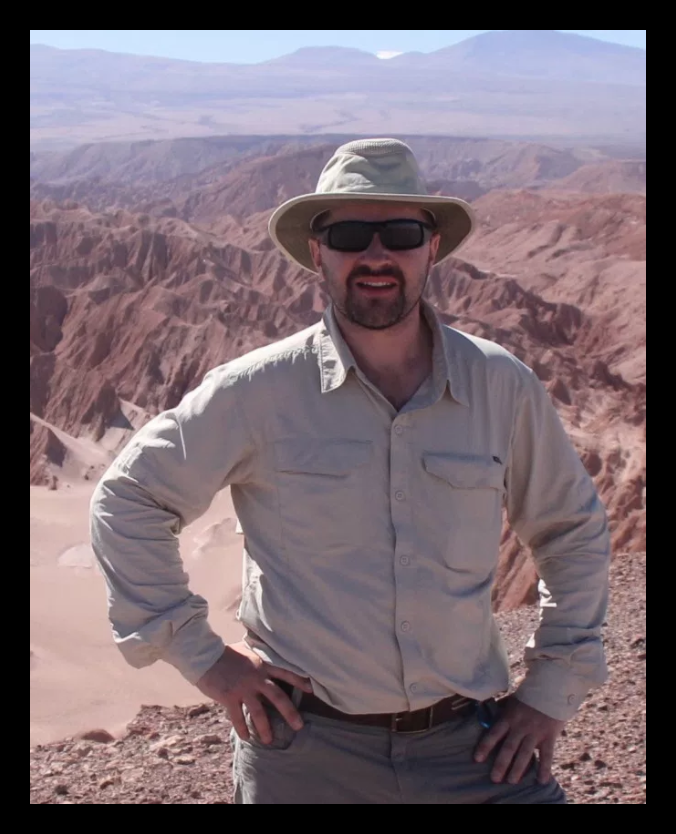 He has participated in several Antarctic, Arctic, Atacama, and Greenland expeditions. Dr Zacny has over 300 publications related to space mining and ISRU, he has been a Principal Investigator on over 100 ISRU, drilling, and space mining projects, he has over 40 NASA New Technology Records and four NASA Group Achievement Awards.

Dr. Zacny is a Principal Investigator of PlanetVac pneumatic sample delivery system for CLPS lunar landers and TRIDENT lunar drill for VIPER rover. He is a Project Manager for the Pneumatic Sampler for JAXA’s Martian Moons Exploration (MMX) mission to return samples from Phobos, and a lead on DrACO drilling and sample delivery system for NASA’s New Frontiers Dragonfly mission to Titan. 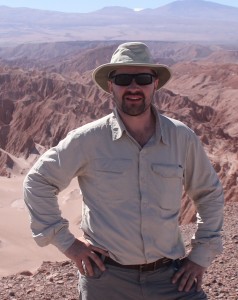